Warning: "continue" targeting switch is equivalent to "break". Did you mean to use "continue 2"? in /home2/chrisdoyle/A82OO3ON/htdocs/hubprojects/wp-content/plugins/jetpack/_inc/lib/class.media-summary.php on line 77

Warning: "continue" targeting switch is equivalent to "break". Did you mean to use "continue 2"? in /home2/chrisdoyle/A82OO3ON/htdocs/hubprojects/wp-content/plugins/jetpack/_inc/lib/class.media-summary.php on line 87
 Being in business helping others - HubProjects

For those who don’t know, prior to working for myself I spent my entire working life in the NHS. I worked in Elderly care, then Elderly Mental Health then moved over into IT.

Working in the public sector was a conscious decision on my part. Aside from enjoying it greatly, I felt like I was giving something back.

When I set up Hub Projects, I was worried that I wouldn’t be in a position to do this any more. But….

A friend of mine fosters children. He is a great guy and his wife is a wonderful woman. He told me about this great group of people called Every Child Leaving Care Matters. There is a stark inequality in the ages that children are looked after depending on whether they are fostered or in care. I contacted them and agreed to build a website for them and host it for nothing. It’s such a sorry and sad state of affairs that this inequality exists. Like my friend, these people aren’t just talking about it and tutting, they’ve decided to do something.

So I built this site – http://eclcm.org.

For one reason and another, it took a little longer than usual but it’s now up and running; just waiting for some content. 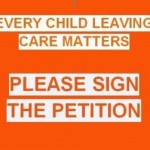 The folks over at ECLCM were pleased with the site. Here are some of their comments. 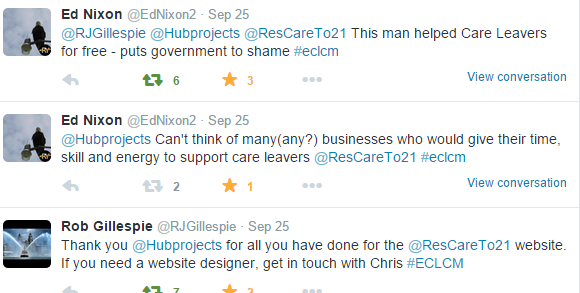 So there you have it! I feel like I’ve given something back and the people doing the hard work to rectify a wrong have somewhere to refer people to – in a nutshell:

being in business helping others